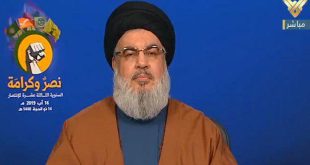 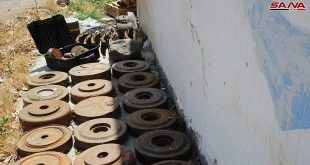 Beirut, SANA_ Hezbollah Secretary General Sayyed Hasan Nasrallah announced a series of military wins that the Syrian army and the Lebanese resistance have scored in the battle against Takfiri organizations which rages in Qalamoun mountainous region.

In a speech on Wednesday, Nasrallah said that great progress has been achieved in Qalamoun region and Ersal barrens as the strategic mountains and hills there are now back under the control of the Syrian army and the resistance forces, with al-Nusra terrorists suffering debilitating losses.

Hezbollah’s chief cited an important turning point in Qalamoun as he said “the battle against ISIS has started in the eastern mountain range and along the Lebanese-Syrian borders.”

He vowed that the battle in Qalamoun will continue until Takfiri terrorist existence in the area is eliminated, anticipating that the defeat of terrorist organizations “is only a matter of time.”

Nasrallah pointed out that ISIS started a surprise offensive yesterday against the resistance sites in Ras Baalabek mountains along the Syrian-Lebanese borders using hundreds of fighters and a large number of military vehicles in an attempt to take important border positions.

The attack, Nasrallah clarified, was repelled by the resistance fighters who killed hundreds of ISIS gunmen and wounded many others, sending the remaining terrorists fleeing, with the corpses of their dead fighters littering the battlefield. 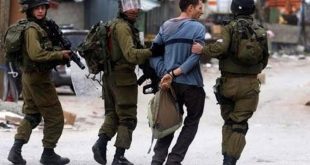