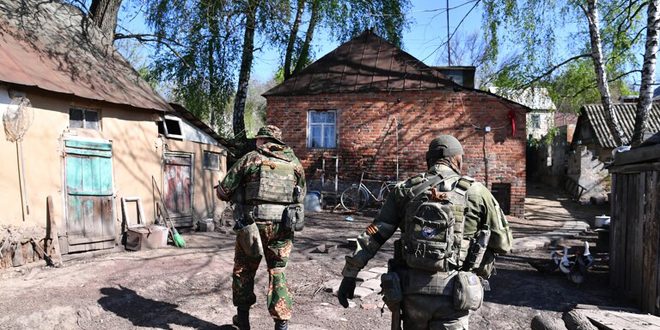 Luhansk, SANA-  Security units of Luhansk People’s Republic revealed that the Ukrainian army booby-trapped the Zarya chemical factory with 49 tons of explosive materials before withdrawing from it.

“The Ukrainian army left behind a warehouse full of explosives and about 49 tons of TNT stored in the warehouse of factory No. 406, warning that these explosives could cause massive destruction and lead to a global catastrophe due to the presence of substances near them that contain in their composition ammonia, nitrogen, sulfur, acids, benzene and other dangerous substances.” RIA Novosti Agency quoted the republic’s security units as saying in a statement.

The statement indicated that the specialized units and explosives engineers were able to control the danger as it no longer poses a threat.