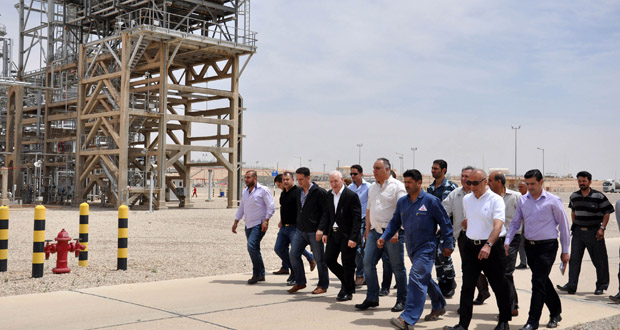 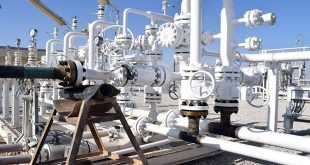 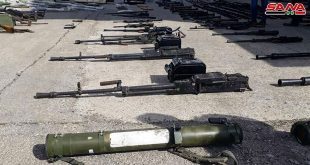 Homs, SANA – Petroleum and Mineral Resources Minister Sleiman al-Abbas on Saturday inspected work in gas plants in the eastern countryside of Homs province, saying that gas production at the plants in the Palmyran range is stable at over 10 million cubic meters per day. The Minister met with the workers at the plant and inspected the damage caused by terrorist attacks to the southern central region plant.

After the visit, al-Abbas told journalists that the state of petroleum products is stable and good, and that gas, gasoline, and gas oil are available with no shortages in most provinces, adding that when shortages occur, they will be addressed.